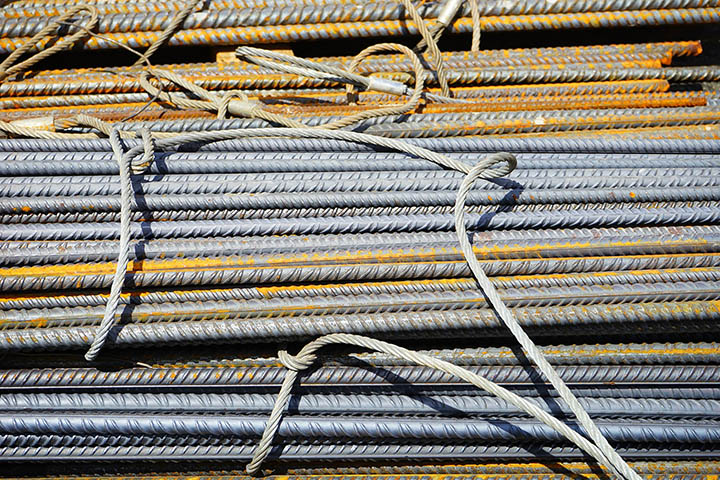 It seems the steel market likely won’t be as bad as initially predicted for 2020, at least not globally. AS reported by Fastmarkets AMM, the amount of steel use is expected to raise by 1.7% this year. That might not seem to be a large amount of growth compared to the 3.9% global demand increase of 2019 and in 2018, according to the World Steel Association figures, but those years were predicted to be only 1.4 and 1.6 percent respectively, so there is still room for optimism in the market.

United States versus Global Markets
One aspect to keep in mind about such figures is they reflect the global steel industry, which isn’t always reflective of the United States market. The global market includes 3rd World countries with their increasing construction projects and infrastructure improvements. The tariffs and trade war with China have led to increased prices in America. That’s not necessarily a bad thing, depending on perspective. It might not seem good on the surface for consumers, but it can potentially create steel manufacturing jobs at home leading to more consumerism and demand for steel, it might provide a more self-reliant market should sources abroad become unreliable, and could potentially lead to development of more efficient manufacturing techniques to compete with countries who don’t require the same expenses to manufacture steel.

Steel Prices and Demand
As taught in Economy 101, steel is like any other product in that the price is dictated by the rule of supply and demand. Such a concept gets a bit more complicated with the understanding steel production, whether at the mining or manufacturing phase, has to generate enough money to pay for employees and equipment along with enough profit to remain a feasible business endeavor, but there are ways the suppliers can control supply to even out with demand. As Fastmarkets MB points out, 51% of steel demand is through the construction market. Such demand is led by commercial rather than residential construction, which isn’t always affected by slight price fluctuations. When pricing goes up on housing, most families can remain where they are to wait it out, but no successful business is going to postpone a needed million dollar project because of a $50,000 price increase when the project is going to increase their bottom line abilities by much more.

The Steel Market in 2018 and 2019
In 2018 the demand for steel went up much more than expected, possibly because of speculation concerning the imminent threat of price increases with tariffs. The new tariffs on Chinese imports came in August 2019, ending speculation. Although demand went up by 3.9% in 2019, steel production rose by only a single percentage point, causing prices to rise. Surprisingly, demand and consumption went up my more in China, balancing out the numbers in America and Europe which were slightly less.

Expectations for Steel Products in 2020
Although there are certain indicators to give advance notice of general steel pricing expectations, it can be difficult to predict every factor in the following year which might affect pricing and use. There are promising advancements toward finding a solution for the trade war between the United States and China, yet there is speculation as to how those resolutions might play out. Speculation is traditionally bad for a market, as the key successful investors are less likely to take on new projects without a decent expectation of how they will turn out. To some extent it depends on how soon the agreement ending the trade war is finalized, and specific aspects of how it works for the average consumer. With that said, steel prices seem to have stabilized after last year’s increase, but will likely go up at a fair rate this year with an expectation of increased demand along with less availability of Chinese manufactured steel.

What This Means for Building Contractors
The bottom line for building contractors is they might see an increase on markup profit from steel building materials, but may not see the same volume of work as they can accomplish through the year. Residential contractors might see a change in key aspects of their trade which have been slowing incorporating steel as a recyclable and inexpensive resource, namely metal roofs and storage buildings, but such projects are likely to remain steady using traditional materials. Commercial contractors will likely continue with current projects but perhaps see a reduction in new opportunities. Ideally, the hope is such contracts will quickly return later in the year before the need to layoff employees begins. There is a good chance industrial projects won’t slow enough to affect the overall function of the industry and any concern for maintaining ongoing work will prove to be overreaction to a non-issue.

Important Take Away Points
Although there is some reason for concern about steel pricing and demand going through fluctuations in 2020, it’s not necessarily going to hurt the construction industry in the United States. People in certain specialized construction fields may have to weather the storm, but that’s not uncommon with construction trades. Everyone from investors to labor familiar with the field understands construction projects are always going to be needed. Some people might have to diversify the services they offer, but people in the construction fields generally have the tools and knowledge to do so, perhaps a bit more efficiently than people in other careers. A final thought is that it’s never a bad idea to have secondary plans in case of a construction decline, but at this point it isn’t something to be terribly worried about.