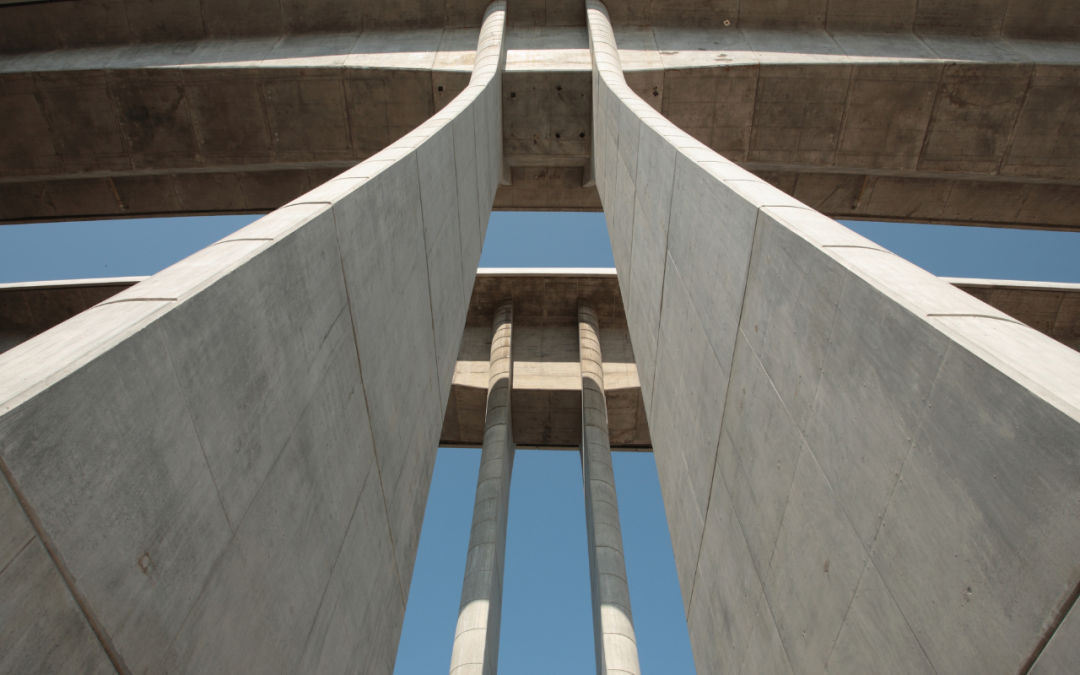 Without a doubt, concrete is the most used man-made material in the world. It’s importance in society has displayed itself in the annals of history. But as time has progressed and society changed, we began to learn more about different types of concrete and what their purposes might be. Right now, the two most common types of concrete are regular concrete and reinforced concrete. Pretty much all concrete on earth falls under these two umbrellas.

Why Do People Use Concrete in Construction So Frequently?

Hailing from the Latin word, concretus, a term meaning to grow together, we’ve seen concrete used frequently around the world, so much so that we have terms like “concrete jungle” nowadays. Dating back to ancient Egyptian times, concrete has been in use for millennia. One could say that this material is the cornerstone of our modern society—you’ll find it everywhere from the crucial parts of public infrastructure to quite literally the foundation for apartments and office complexes. That being said, it isn’t just used exclusively in large projects and cities. From flooring to furnishing, pillars and walls, concrete has been its usage in suburban and rural homes or farmsteads. But why is concrete used so frequently? The secret of which mainly lies in the material’s compressive strength.

A closer look at concrete shows three significant ingredients. The first is a blend of fine and coarse aggregates. From glass, sand, gravel, rock, and other materials with a similar particle structure, these make up the bulk of the concrete, usually around three-fifths to three-quarters of the total. Next is water, coming in around one-fifth in total. Finally, the actual “concrete” part is the cement, which is composed of calcium silicates and aluminates. This accounts for a tenth or slightly more than that. All in all, these ingredients when blended together create the familiar greyish goo that is concrete in its liquid form.

As mentioned before, the main reason behind concrete’s popularity in building materials is its compressive strength. It can resist a lot of vertical stress, hence why you may see it commonly in walls and pillars of housing. Apart from that, it’s actually not as dense as most people would assume from its appearance—only slightly denser than glass and a fifth of that of lead.

Concrete is also quite cheap, as you can see from the list of ingredients. Most of concrete is produced nationally or locally as shown by falling exports worldwide despite the widespread usage, further lowering the cost. It’s also low maintenance, as you don’t need to spend much time and money to restore it constantly as opposed to some other materials—though an occasionally power washing routine won’t hurt. Despite usually being mixed on the construction site, concrete can be prefabricated and used in modular types of construction, aiding in the quick assembly of structures. What’s more, it’s not flammable.

Although it seems that it has many advantages, concrete does have its problems. Unless reinforced, concrete has very weak tensile strength, resulting in the material being quite brittle if it bends and susceptible to snapping. It also has a low strength to weight ratio, being inefficient in that regard, and it does have low ductility as well.

Now on to the main course: the debate between using concrete or reinforced concrete for your construction project. At first glance, this shouldn’t even be a question, let alone a debate, as quite literally one is reinforced and the other isn’t. You might think it would be a no brainer which is stronger. However, in reality, both reinforced concrete and regular concrete have their separate strengths and uses in construction. Depending on the type of concrete used, their ingredients and the composition, somewhat different properties can be achieved.

For solid, unmoving surfaces and connections, regular concrete is ideal for its high compression strength. In addition, regular concrete can have ratios pre-determined or chosen on-site, with the former allowing mass manufacturing in order to streamline the process.

On the opposite end of things, reinforced concrete does best in taller and heavier structures as well as roads and bridges since the stress changes more rapidly on them. Due to having rebar embedded within the material while the concrete solidified, the result is a concrete that can handle both tension and compression.

Concrete cancer is a thing that can affect your concrete and, in many situations, causes irreversible damage. While all types of concrete are susceptible to it, reinforced concrete is twice as much at risk. Concrete cancer is a swelling reaction between the highly alkaline cement paste and the reactive non-crystalline silica found in many common aggregates. The key to starting the reaction is having enough moisture seep through the concrete to begin the reaction from the inside. Another reason why reinforced concrete is even more exposed at risk to concrete cancer is because the water can allow the interior rebar to rust and weaken, thus “rotting” it from the inside.

Now you might wonder why we still see the Roman Coliseum standing since it is largely of concrete construction. Meanwhile, there are modern structures being labeled as dangerous after decades of disrepair. Old concrete, such as Roman concrete, tended to be formed through volcanic ash and was used for compression purposes. This allowed the concrete to not crack as much. For modern purposes, pre-stressing the concrete by making sure the rebar is pulled taut beforehand can allow reinforced concrete to crack far less and therefore prevent such a problem.