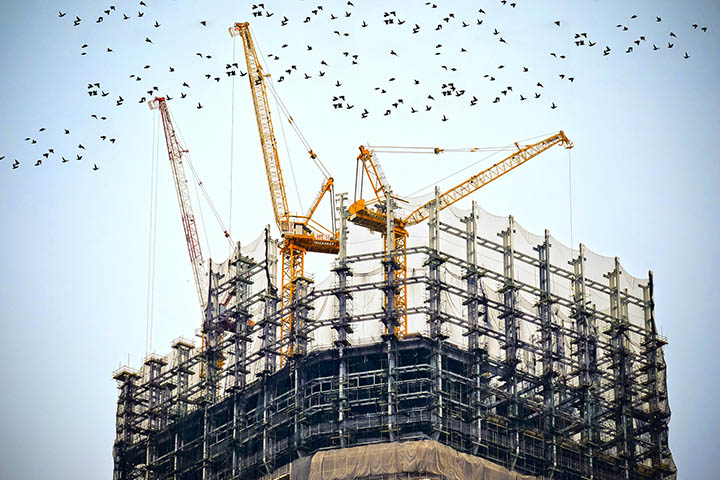 Contractors across the country are always worried about how the building industry is forecast to perform. They tend to see great windfalls when the economy is doing well, yet seem to be hit the hardest during a recession. Other industries can often see and prepare beforehand for the storm of an economic crash, the construction industry is often one of the first predictors of a problem arising, and then takes another hit by reacting to the economic downturn after it takes full effect. The fact is, companies don’t conduct building projects other than absolute necessary renovations to existing facilities if business isn’t growing. That puts an exceptional burden on contractors as they take a heavier percentage of lost work while having to maintain their equipment and facilities to stay in business.

Construction History Since the Great Recession Market Crash of 2008
The housing market crash of 2008 spurred a greater economic crisis in America, which in turn carried over to the rest of the world. Without waxing political, it is regularly argued whether the recovery came about as quickly as it could have, but that’s neither here nor there as what’s done is done. With that said, the United States is the premiere economic force globally and stabilized fairly quickly. The economy and construction trades never reached the boom they were experiencing before the recession, but began to recover in 2010 and have maintained steady growth since around 2012 depending on different studies and specific trades being reported on.

Overall Construction Prediction for 2020
The short answer to construction forecasts starts in 2018, when construction rose by 3%, then in 2019 dropped by a single percentage point, according to the Dodge Data and Analytics Construction Outlook Report. The report is based on the amount of money spent on construction projects. The same report predicts a further 4% decrease in construction projects in 2020. The raw data may seem a dim forecast, but it doesn’t explain the how and why behind such numbers. Residential construction is expected to go down by 6%, affecting the numbers in a way which isn’t completely accurate for commercial projects. A deeper explanation of those numbers might also suggest the growth was due to needed construction which was postponed during the economic crisis, and now the numbers which seem to be dropping are actually balancing out.

Commercial Building Expectations
With residential figures dropping by 6% to balance overall construction rates as dropping by 4%, clearly commercial construction expenses are dropping, but by far less than 4%. One multi-tiered reason for the overall drop in commercial real estate investment is how because the industry has picked up, people have come back to it; contractors who took heavy losses during the recession are back on their feet, and there is more competition driving prices lower. A second reason from the opposite perspective is the work which was postponed during the recession is nearing completion, so there simply isn’t as much demand for projects which were long overdue. A third reason is the economy is stabilized now without the financial boom from before the 2008 crash, and people have realized the need to be more discretionary with how they spend their money toward needed projects instead of spending on comfort rather than required projects.

Infrastructure and Government Building Projects
Arguably, contractors who work with government and infrastructure contracts are less affected by an economic downturn, although such an argument relies on certain presumptions and in some cases a bit of shady logic. Generally speaking, roads and bridges have to be maintained regardless of the cost. Additionally, government contracts are typically years in the making and already have money budgeted towards their completion. Building a bridge doesn’t fall under the same assumption that a homeowner might lose their job and be unable to pay for the project, or that local company might go out of business or file bankruptcy. At the same time, government contracts are likely to slow down during recession, and take a while to pick back up during recovery.

Industrial 2020 Concrete Market
The concrete market, like any other sub-category of construction work, is harder to predict than establishing an overview of construction expectations in 2020. Commercial buildings and infrastructure projects are already contracted, or at least budgeted and taking bids; those uses of concrete are set in stone, so to say. That is the majority of concrete use. Residential construction is expected to decline, but it’s difficult to say how much such a small 6% decline is going to affect the overall concrete market.

Final Thoughts
Overall, the construction industry is expected to remain strong in 2020, but perhaps not as strong as it was in the previous two years. The business savvy contractor understands how to roll with the punches and make adjustments to their business plans as needed. The fact remains contractors are talented people with the skills and tools required to branch out and take jobs they might not prefer when business is booming, or they can find other ways to close the gap between expected and actual levels of work available. Each contractor has to make their own business decisions, but 2020 might be a year to rent equipment rather than buying, or to sub-contract certain jobs instead of maintaining a labor force to do it in-house, or look at other types of jobs which require what the contractor already knows how to do but hasn’t previously pursued. Maintaining such open-minded versatility during slow years assures the contractor will find success in the long run.